One of the most centrally located boutique downtown Boston hotels, The Boxer Boston Hotel celebrates and represents the neighborhood it inhabits and with its name, celebrates the independent spirit of challengers who stand strong for their core beliefs. This is the very essence of Boston, a progressive and ever-evolving city with an unshakable sense of itself and its significance in history.

The project was the renovation of a 6-story early 1900s building and a 3-story addition to the existing building. The 40,000 sf building has 80 hotel rooms and a restaurant/ bar in addition to lobby on the ground floor. Nestled between the historic North End and storied cobblestone streets of Beacon Hill, The Boxer Boston Hotel stands out among hotels in Boston, MA for its distinct location in the city’s triangular Flatiron Building.

The hotel’s central location in Bulfinch Triangle is perfect for exploring the city by foot, whether it’s a concert or game at TD Garden, a walking tour of the Freedom Trail, or a scenic run by Charles River. 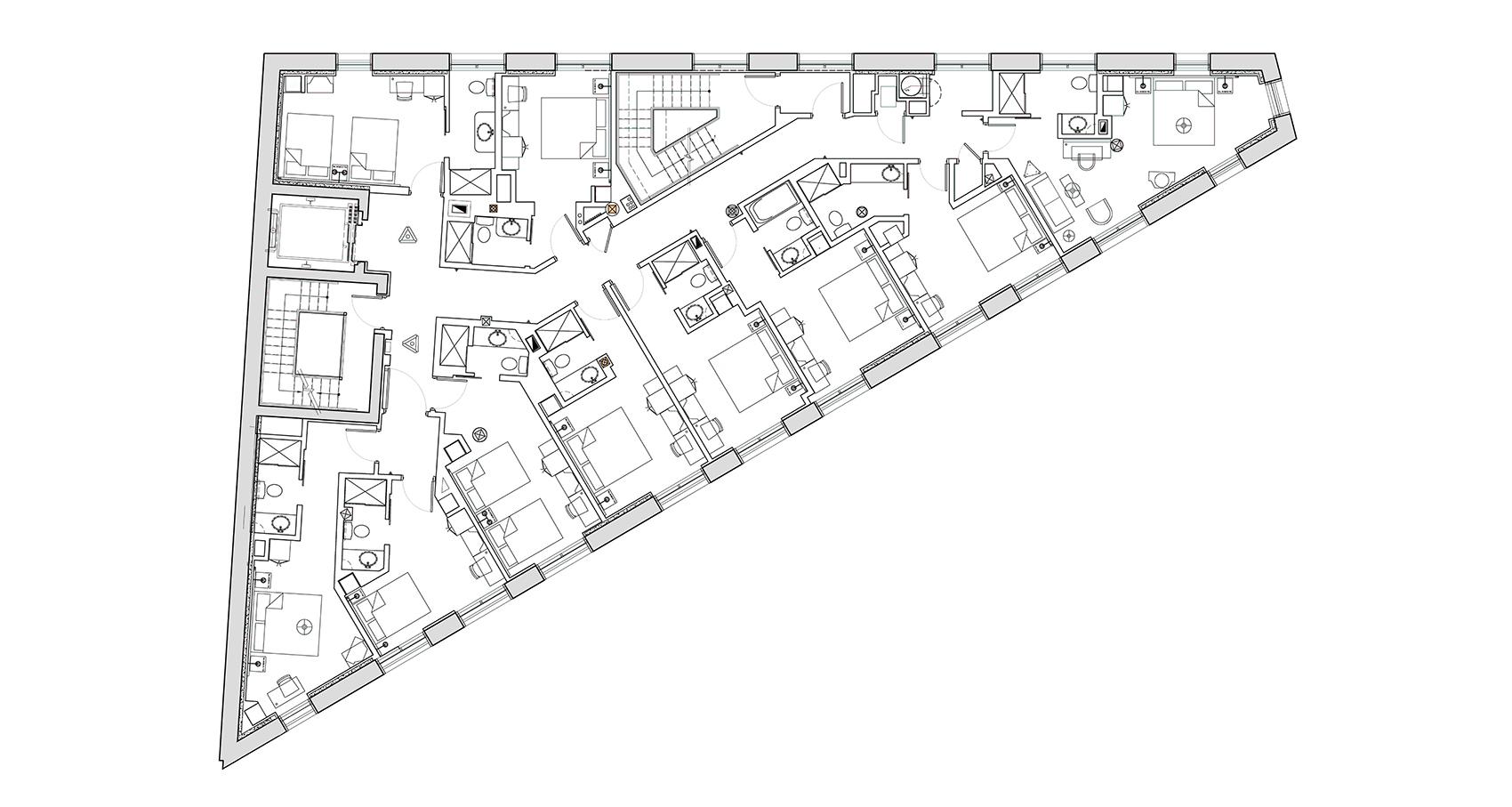 back to our work